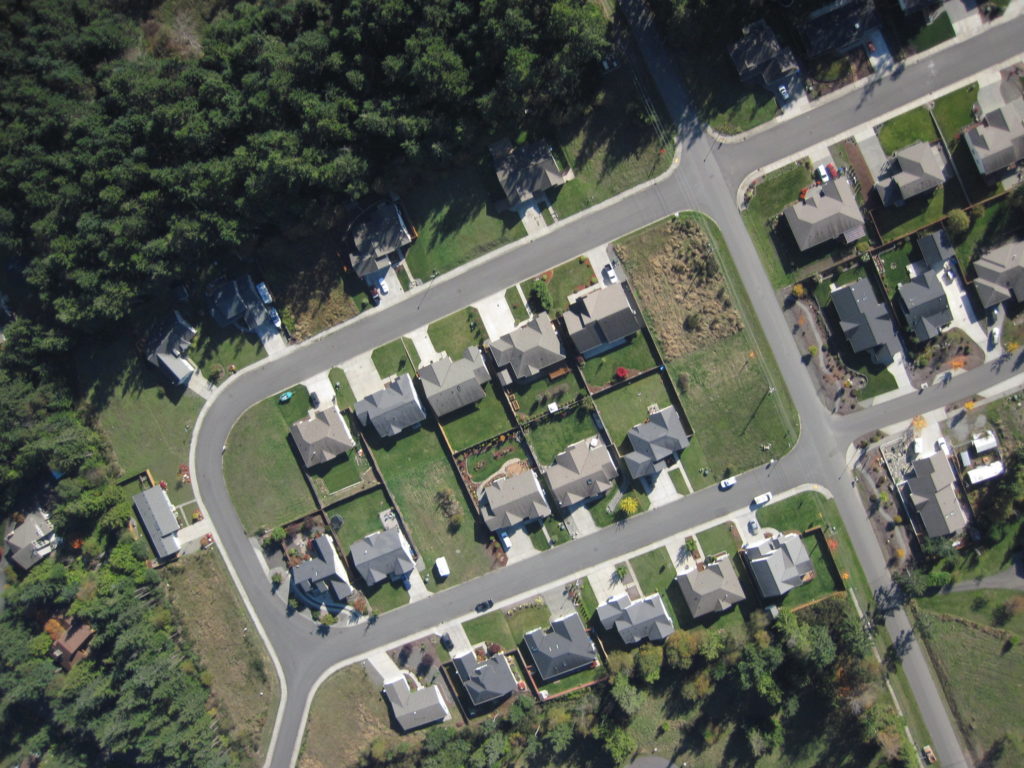 Land development, which typically results from the conversion of lands previously in agricultural and forest uses, is one of the most fundamental ways in which humans impact the natural environment. We study the remarkable decline in land development rates across the conterminous United States over the period 2000–2015, which occurred after development rates had grown rapidly over the last two decades of the 20th century. Despite relatively constant population growth since 1980, we find that the current annual rate of land development has declined consistently across several stratifications of the U.S. land base and amounts to less than 25% of the peak rate observed in the mid-late 1990s, implying that the developed land base of the U.S. has become increasingly dense in recent years. We show that the widespread shift in land development rates resulted in 7 million acres of avoided land development, roughly half of which would have come from conversions of forested lands.