The Forest Stewards Guild strives to better understand the regions in which we work, with a focus on racial justice. We have outlined the information we would like to learn and share with each other, our members, our partners, and the public. This learning will center around: 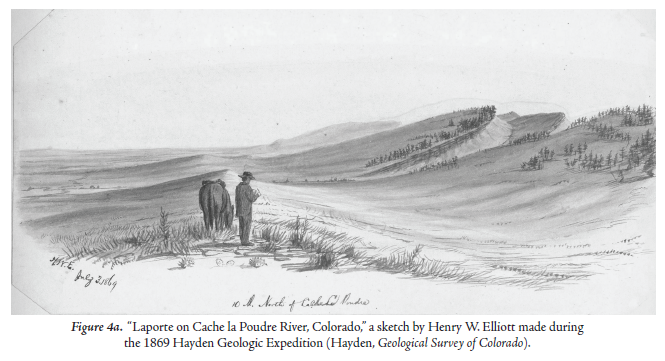 It is imperative that we better understand the land that we work on, and learn about historical forestry work that has had discriminatory impacts. We must work together to make the Forest Stewards Guild a more knowledgeable organization, and work within the field of forestry, ecology, and land management to push for progress. In the Intermountain West, we are beginning that work by learning about the indigenous history of the land where our office is and where we work to promote prescribed fire as a tool for ecologically minded land management.

We read People of the Poudre, an ethnohistory on the different Indigenous histories in the Cache la Poudre River National Heritage Area. This area surrounds a portion of the Cache la Poudre River from the foothills of the Rocky Mountains, to the Great Plains near Greeley, Colorado. While some of the historical record mentioned in this document is biased by the writings of European settlers, the authors consistently acknowledge and identify these biases. This area has a deep Indigenous history. Historical accounts of the area teach us not just about the human history of this landscape, but reaffirm how the ecology of the area has changed due to European settlement here. Within the fire community, we often describe this landscape’s fire history and fire return interval. People of the Poudre describes the Indigenous history of land management and frequent fires, maintaining an open landscape, dominated by grasses and forbs.

The above image is a European traveler’s depiction of this landscape while Indigenous land management would have still been in place. Below is a photo of what much of the foothills look like now – more heavily forested which comes with higher fire risk. 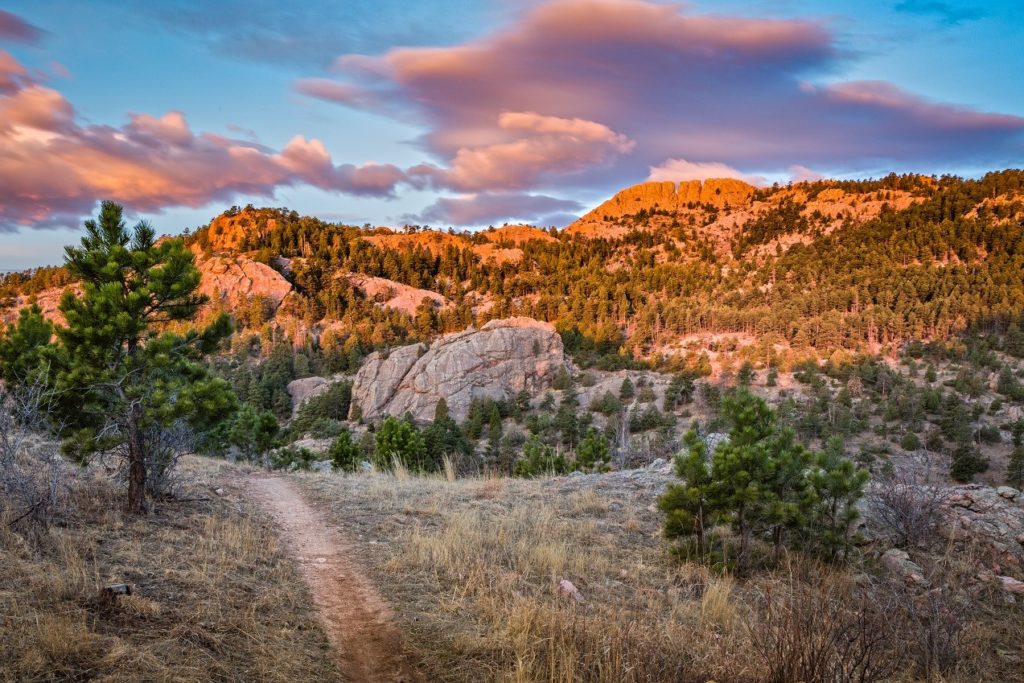 We learned about the variety of Indigenous groups that occupied this land, as well as the nomadic and transient lifestyle that occupied this area and allowed such fragile and open landscapes to flourish. During the Protohistoric stage (1540-1860), and the Historic stage (1860 to present), there was a succession of groups that utilized this landscape, including “the Upper Republican, Dismal River Apache, and proto-Shoshone culture groups as well as modern tribes.” Arapaho, Cheyenne, Sioux, and Ute tribes are well known indigenous groups that utilized this land, but we also learned of the Kiowa, Comanche, Pawnee and Shoshone use of the lower Poudre river.

Reports of Indigenous knowledge in People of the Poudre that was given to European settlers on how to avoid flood, fire, and famine shows we have a lot more to learn from this historical and traditional ecological knowledge. Indigenous groups in America had and have a close relationship to fire for land management, and we have a lot to learn about the health of this landscape. Going forward we need to better integrate this land use history and Indigenous cultural use into our planning documents to inform the recommendations we make on wildfire mitigation and forest health.