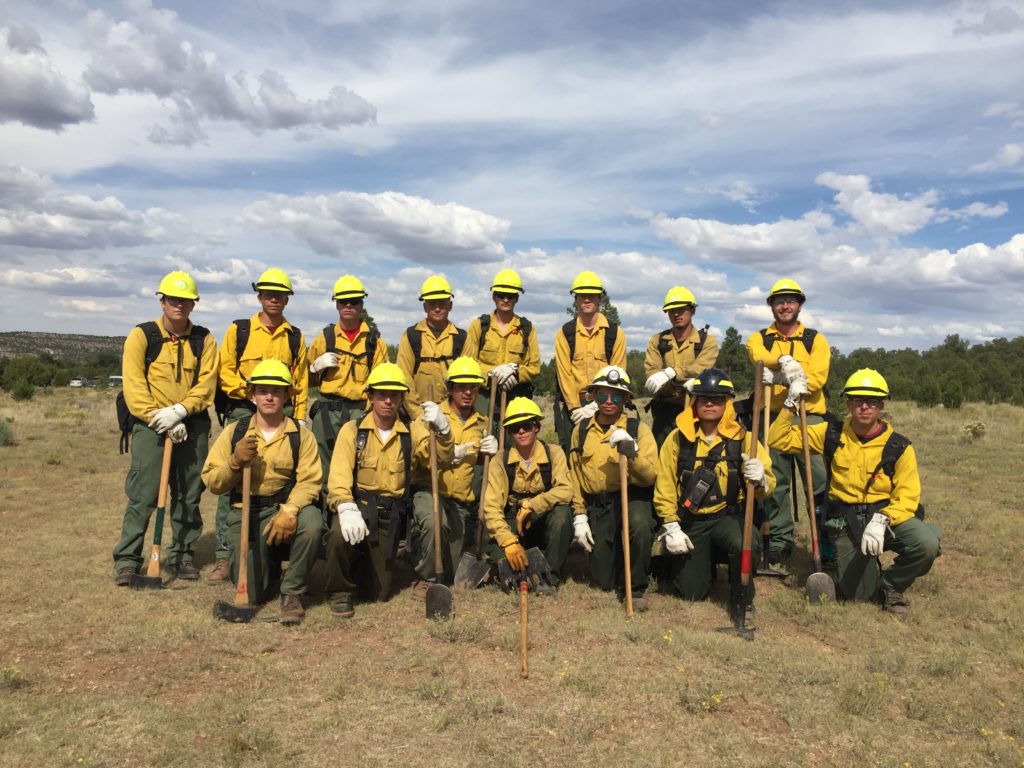 Martinez is kneeling third person from the right in this photo, with a white hard hat.

Many of us have dreams of working in a particular place or doing a particular job, but not everyone possesses the resources or connections to turn those dreams into reality. For Christopher Martinez, the Forest Stewards Youth Corps (FSYC) Program opened doors that allowed him to make his dream of working with the Forest Service a reality.

Living in Peñasco his whole life, Chris had the mountains as his backyard. Jicarita and Truchas peaks are among his favorite spots to visit. Growing up with hiking, fishing, and hunting as a central part of his lifestyle, he aspired to work in the Forest Service from the start.

Chris was a crew leader on the Española FSYC crew for summer and fall sessions in 2019. Having graduated with a bachelor’s degree in conservation and wildlife habitat management, he was able to bring practical experience into his role with the crews.

“The best thing about the program for me was the opportunity to teach. I was able to introduce the crew to Game and Fish, the Forest Service, and the fire program, so they got a wide variety of things to look at.” 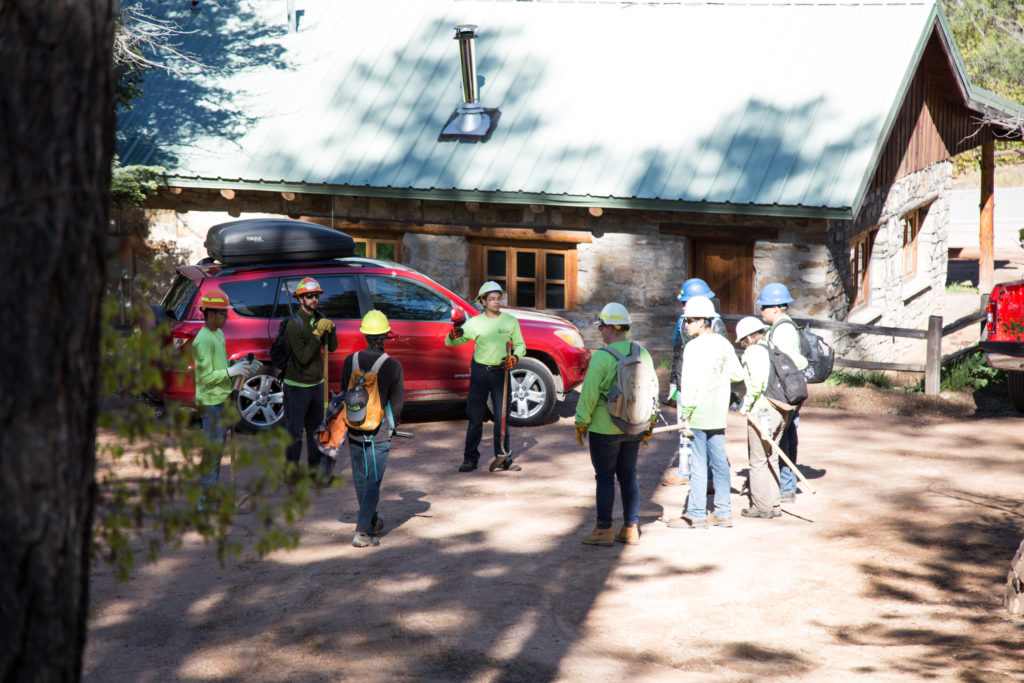 According to Chris, the most engaging part of the program was what made the crew members want to come back: being involved in an ongoing project. He made educating the crew on the basic structure of wildland firefighting integral and built an outline with them to organize the entire summer.

“They were able to connect with the working firefighters and got to be part of the project. I gave them each a job, so they already knew what they had to do.”

Chris’ advice for crew leaders is to not wait around for someone to tell you what to do. Have a back-up plan or project on hold to keep the crew working and learning. He says if you show them the “whys”, “hows”, “wheres”, and “whos”, they will understand the project better and be able to connect the dots themselves.

“Get really engaged-don’t stand back and watch them, get in there and learn something for yourself.”

Martinez leads a crew into the field for a day of work and skills-building.

The best thing crew members can do, according to Chris, is to keep an open mind. Asking questions helps to find the reason behind what you’re doing and allows for exploration of interests as they come up. He would encourage crew members to take advantage of the knowledge the crew leaders and district officers have to offer. The FSYC program served as a boost for Chris’ career, and he hopes that others will be able to have a similar experience.

“It was my goal from high school to get into the Forest Service, and FSYC opened that door for me.”

Chris works on the Coyote Ranger District Fire Crew and enjoys his work on the engine. Although the current pandemic has posed limitations for travel, it has served to bring him and his teammates closer.

“My favorite part is working with the crews and building that relationship. You and your crew get really close, like a little family.”

Overall, Chris found the FSYC program to be very fulfilling. He keeps in contact with some of his former crew members, giving them advice on applying for jobs.

“It’s a good feeling when they come back to you after the program ends. You know they are using what you taught them rather than it just going out the window.”

The goal of the Forest Stewards Youth Corps is to provide connections and experiences for young individuals aspiring to pursue careers in conservation, forestry, or land management. Chris Martinez’s experience is a prime example of the program’s success, and he hopes to be able to continue having an impact on younger generations. As the FSYC program continues and grows, we at the Guild hope to support the growth of budding conservationists.