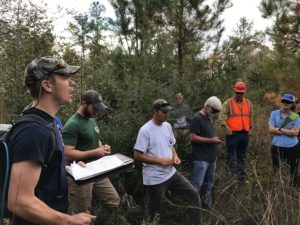 Nick started with the Guild as an intern in the Southwest office where we put his forestry experience to use and saw how quickly he learned and how willing he was to jump in and help. After his internship, Nick continued to work for the Guild part time through graduate school at the Yale School of Forestry and Environmental Studies. At Yale, Nick researched prescribed burn associations and their application to family forest landowners in the United States. His efforts to connect with members and partners in the Southeast generated a new enthusiasm for the Guild in the region where we hadn’t previously had a strong presence.

After receiving his Master of Forestry degree, Nick started as the Southeast Regional Coordinator full time. In his first year with the Guild, Nick focused on activities to restore shortleaf pine ecosystems in the Cumberland Plateau, advance a vision of ecological forestry for bottomland hardwood forests, and to enhance the sustainable certification of southern forests. He also initiated a novel, community-based forest stewardship program in the Sandy Mush Community of western North Carolina, which has garnered support from both individual philanthropists and forest industry. 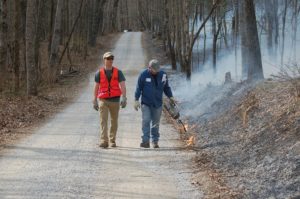 Nick’s move to the Director role is a recognition of the growth he’s achieved personally and for the Guild’s Southeast program. In addition to launching Phase II of our shortleaf pine project in the Plateau, Nick will be leading two bottomland hardwood projects in the Lower Mississippi Alluvial Valley and the Coastal Carolinas. When added to new projects in partnership with SFI, the Georgia Water Coalition, and the Wetland Forest Initiative, Nick has built a vibrant program that engages forest stewards and restores forests where the Guild has only had individual projects in the past.

Congratulations Nick and thank you for all you do for the Guild and the forest!