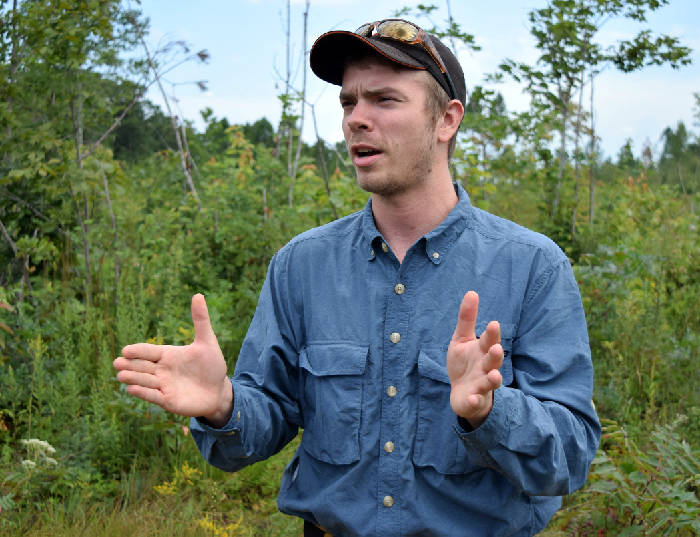 As many of you have heard, Nick Biemiller has transitioned from the Forest Stewards Guild to the Ruffed Grouse Society / American Woodcock Society (RGS/AWS). We are fortunate to have a great staff at the Forest Stewards Guild, and while we would like to keep all our energetic, enthusiastic, and effective staff, change is inevitable. In fact, supporting staff in new endeavors has helped the Guild grow. Nick’s move, for example, opens up a golden opportunity to build new partnerships.

Nick may no longer be Guild staff, but he is a life-long Guild member. Guild members and partner agencies and organizations know Nick for his passion for ecological forestry, his desire to connect with people across the Southeast landscape, and his drive to make science-based management happen on the ground. Nick has grown a diverse and complex southeast program that touches on ecological forestry in bottomland hardwoods, shortleaf pine restoration, community forestry in western North Carolina, education about appropriate management for mesophytic coves sites, and carbon-friendly forestry in the southern Appalachians. He has also strengthened ties with new and long-standing Guild members and engaged them more deeply in collaborations centered on Guild-style forestry. 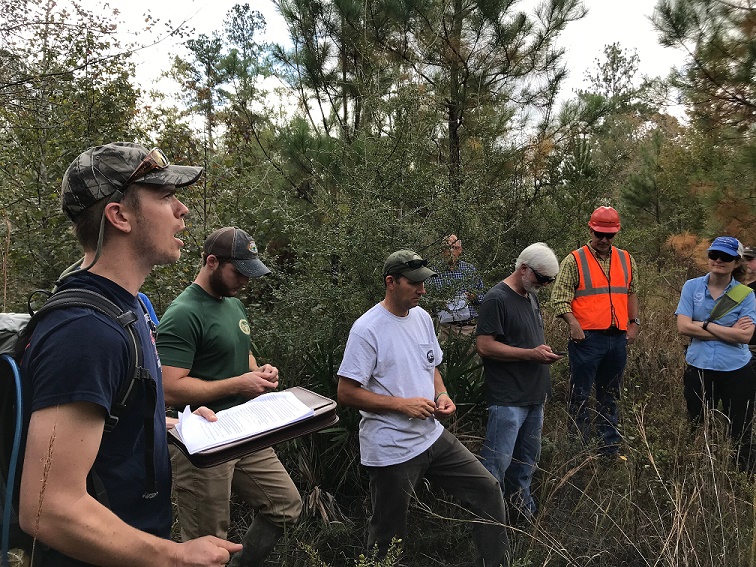 I’ll miss working with Nick on a daily basis, but I’m excited by new collaborations with RGS. In his new position as the Forest Conservation Director at RGS/AWS, Nick will lead their forest wildlife conservation efforts in the southern Appalachians. As Ben Jones, RGS/AWS President & CEO said, “Ruffed grouse are hanging on by a thread and we have to put our best foot forward. With his deep understanding of forestry and wildlife conservation, Nick is the right person for the job.” Nick’s job at RGS/AWS is to support working forests in the southern Appalachians and encourage science-based forest management that improves habitat for ruffed grouse, woodcock, and all forest wildlife. This goal aligns well with the Guild’s mission, so it is no surprise that we’ve already been talking about ways RGS/AWS and the Guild can support each other.

Next month, we’ll introduce ATL readers to the Guild’s new Southeast Manager, who will work with Dakota Wagner, our Southeast Coordinator, to continue the projects Nick started. Like any Guild-style forester, Nick has left the “forest” better than he found it, with lots of options for the next forester to explore. Thank you, Nick Biemiller, for all your work on behalf of the Forest Stewards Guild!