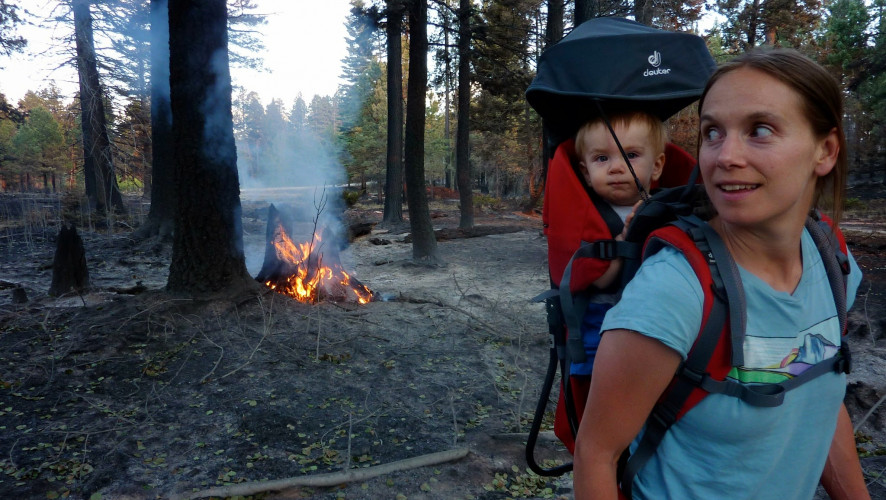 Sarah DeMay is a fire professional and land steward whose experience with wildland fire, both personally and professionally, gives her a unique perspective and motivation to be a resource for other landowners in New Mexico.

Sarah’s relationship with forests began at a young age as she grew up playing in the woods of rural Oregon. After graduating college with a degree in biology, Sarah moved to New Mexico for a six-month internship working with the Fire Ecology program at Bandelier National Monument.  She stayed on as a crew leader at Bandelier, and thus began her crash course into the world of wildland fire and fire management. 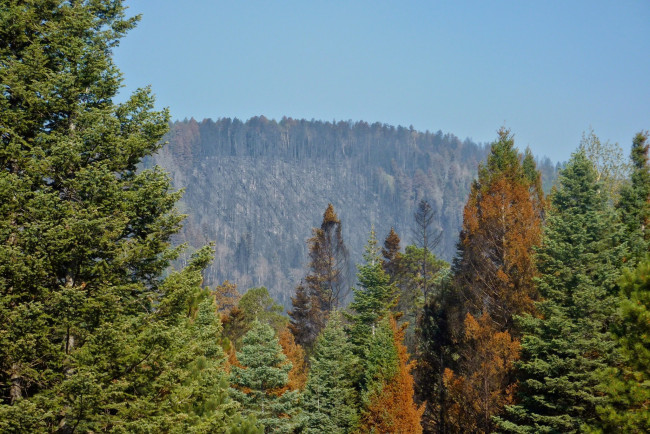 View from the DeMay property in the Jemez, damage from the fire is visible in the background.

Sarah met her husband, Sam, while working on fire mitigation efforts on his inholding property within Bandelier National Monument, where they have since raised their two children. Sarah left the National Park Service in 2010 to focus on her family and land stewardship. In 2011, the Las Conchas fire burned through their community in Bandelier, decimating the forest in which they lived and further shaping Sarah’s relationship with land stewardship.

Sarah and Sam have found it rewarding to watch the land recover from fire, but they are also preparing for the future on a more water-secure property near Tierra Amarilla, NM, working to reduce wildfire risk on their property and ensure the land’s survival for their children.

A full interview article with Sarah is available on the Women Owning Woodlands website, including her insights in response to the following questions: