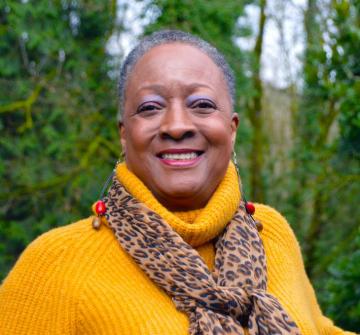 Gloria Brown was the first African American woman to be forest supervisor with USFS. Photo retrieved from USFS article.

Gloria Brown was the first African American woman to hold the position of a forest supervisor with the United States Forest Service (USFS), running the Siuslaw and later the Los Padres National Forests. Throughout her career, Brown was a catalyst for change and a genuine icon in USFS. Brown credited her career to all the relationships made and people met along the way.

Brown had not started her career in forestry. She first joined USFS as a transcriber in Washington, D.C. When her husband passed away, she was forced to move west to Missoula, Montana, continuing work with USFS. The local community was mostly white, and nearly immediately Brown and her family were subjected to blatant racism. Brown recounts this experience and others in her book, Black Woman in Green.

Brown moved her family to Oregon in search of a safer environment, taking a new administrative position with USFS. Around this time, Brown realized she wanted to become a forest supervisor, and she needed to become a forester. Brown found a public affairs officer position and organized an appointment with the forest supervisor. Knowing that they had not published a forest management plan, she declared that if she was made public affairs officer she would take no leave or training, and work to get the forest management plan published promptly. In return, she asked for a sabbatical to go to Oregon State University to study forestry. With recommendation, she applied and got the job. The forest management plan got published, and Brown received her promised sabbatical and became a forester. Her career took off. Brown’s next position was as a deputy ranger in the Rigdon region of Idaho. She was then employed as an area manager with the Bureau of Land Management. Subsequently, Brown served in the Mount St. Helens area as manager. Then, reaching her goal, Brown became forest supervisor of the Siuslaw National Forest and later, Los Padres National Forest. 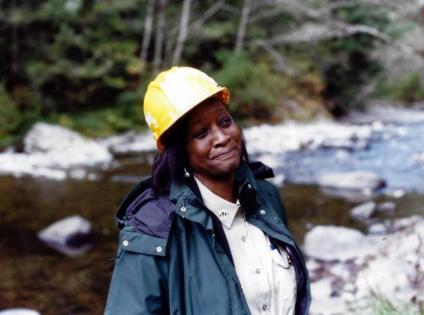 Brown made an impact everywhere she went. She advocated for the rights of women experiencing sexism in Rigdon. She received honorary memberships in Idaho with the ranchers’ and miners’ associations.  With the Trust for Public Lands in Idaho, Brown facilitated returning land to the Nez Perce Tribe. At Mount St. Helens, she changed the classification of scientists performing surveys from information specialist to interpretive specialist. In the Siuslaw watershed, her team redirected the river, removed dams, and saw the swift return of salmon. The work eventually received the Thiess International Riverprize.

Brown recounted in a 2020 interview with Rachel Kline for USFS HerStory project, “As I was doing it, I don’t think I stopped long enough to realize … or even think of myself as a change agent.” Brown repeatedly experienced racism and sexism throughout her career. Brown said diversity is still lacking in USFS.

Gloria Brown, with Donna Sinclair, wrote Black Woman in Green: Gloria Brown and the Unmarked Trail to Forest Service Leadership, published in February of 2020 recounting her USFS service from 1974 to 2007. Brown wrote her book to tell her story to future generations of her family. Brown stated in the HerStory interview, “If you sit down and think about where you started, where you are, and where you’re going, and then once you get there, I think we all have a story.”

Brown passed away September 7, 2021. Donna Sinclair, in her tribute to Brown, said, “She [Brown] never let anything stop her. Once she decided to advance in the agency, she strategized about how to do it. She then made it happen by sheer force of will and smarts, laced with wit and charm.”

The full tribute can be found on the Oregon State University Press’s website.

The full USFS HerStory article with Gloria Brown can be found on the USFS’s website.

The full USFS HerStory interview can be found in the National Forest Service Library.

Brown and Sinclair’s book, Black Woman in Green: Gloria Brown and the Unmarked Trail to Forest Service Leadership can be found on the Oregon State University Press’s website, and through other book sellers.