The Forest Stewards Guild has worked with the Joint Fire Science Program (JFSP) for more than a decade and our collaboration has grown from one research project to a nation-wide engagement on outreach, education, research, and policy. The federal agencies involved with wildfire response and fire management created JFSP to solve the pressing fire research questions land managers asked. JFSP has taken seriously the need to engage scientists and managers in two-way dialog, ensuring that scientists are asking the most pressing questions facing land managers and, at the same time, mangers are able to access and put into practice the best available science. This two-way connection between science and management mirrors the Guild’s approach to science-based stewardship.

In 2008, the Guild took up JFSP’s challenge to understand the methods, costs, and obstacles to removing low valued wood from the forest in restoration or fuel reduction efforts. The Guild offered the insights of members across the county to provide a nationwide view of biomass removal published in the journal Global Change Biology Bioenergy (DOI:10.1111/j.1757-1707.2009.01013.x). Later research projects focused on synthesizing research in ways that land stewards could put into practice. For example, the 2011 Guide to fuels treatment practices for mixed conifer forests, combined on-the-ground experience captured in interviews with nearly 400 research papers to provide practical advice for foresters working in the mixed conifer forests of the Southwest and California. 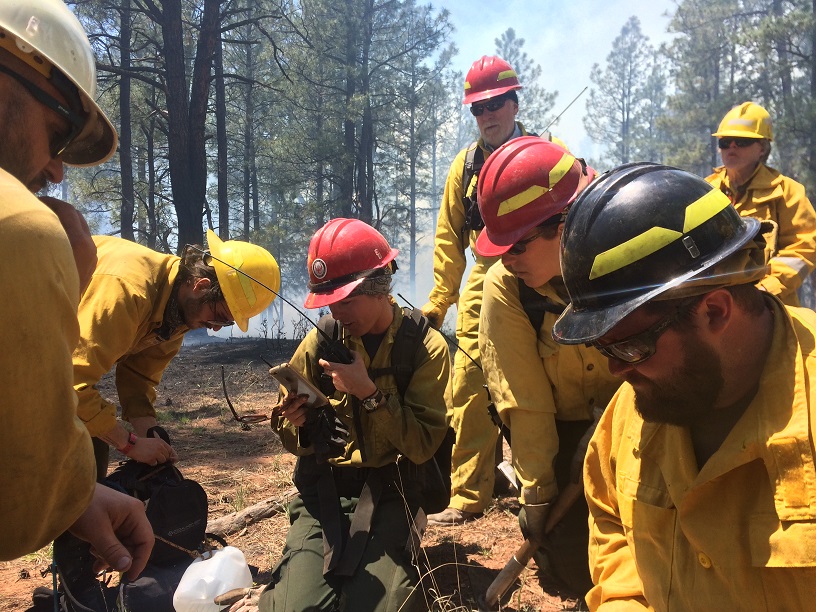 To better support the two-way dialog between managers and researchers, JFSP started a knowledge exchange network. The Guild has been a key player in these networks from the beginning. The Fire Science Exchanges break down barriers between managers, practitioners, researchers, policy makers, and others who create or use fire science. The Guild was part of the team that built the Southwest exchange more than 10 years ago and continues to play a major role in developing webinars, working papers, field trips, conferences, and workshops (see the Southwest Fire Science Consortium website for more details). The Guild helped develop a similar exchange in the Northeast (see the North Atlantic Fire Science Exchange) and has created connections between researchers and land managers (including many Guild members) across the region. As the Guild’s staff in Colorado has grown, so has our participation in the Southern Rockies Fire Science Exchange. Of course, individual Guild members participate in JFSP knowledge exchanges across the country too.

The Guild’s position as a non-profit has enabled us to contribute on the policy side as well. When JFSP was put on the budget chopping block, we worked hard to educate legislators about the benefits JFSP provides to land managers (and hence the communities and forests they steward). Often this policy maker education is in partnership with our networks such as the Rural Voices for Conservation Coalition. In fact, we are currently one of many groups calling for the full funding for JFSP (add your voice here: https://forms.gle/vpipt4daEZzuvaR67). The Guild’s deep engagement with JFSP projects demonstrates the positive effect the Guild has had on sharing science and advancing the practice of land stewardship – an outsized impact for a comparatively small organization.