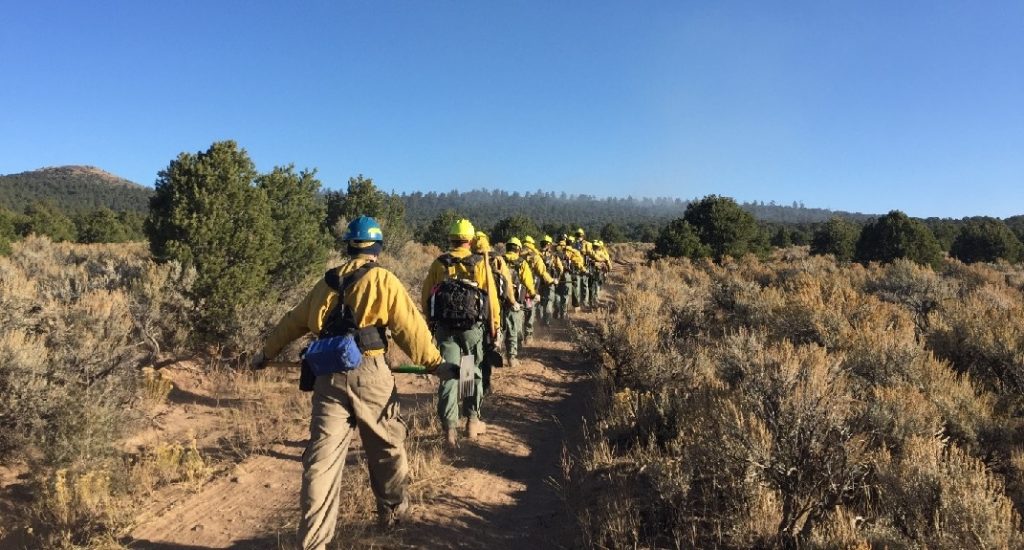 Work at the Guild long enough and you stop seeing any one project in isolation. You can’t help but see every relationship and every treated acre as the sum of years of stacked effort and accomplishments. While this phenomenon is not unique to any one Guild project, it was particularly apparent to me on the Wind Mountain prescribed fire in October where years of work culminated in getting fire on the ground and the entire Forest Stewards Youth Corps (FSYC) Fall Fire & Fuels program on the fire line.

Since 2011, six different funding streams have been used to accomplish mechanical thinning and aspen fencing on Wind Mountain, which includes private, New Mexico State Trust, and Bureau of Land Management land. Seven different contractors, agencies, and organizations conducted thinning and fencing work that prepped the areas we burned in 2019. In the middle of all that was a managed wildfire that burned into previously treated acres, now with reduced fuel loads. In 2016, the Guild was awarded a three-year CFRP grant Implementation at Cerro del Aire: Preparing the multi-jurisdictional landscape for fire, which proved to be the “glue” needed to finish prepping a significant enough portion of the mountain to return fire at a landscape scale. 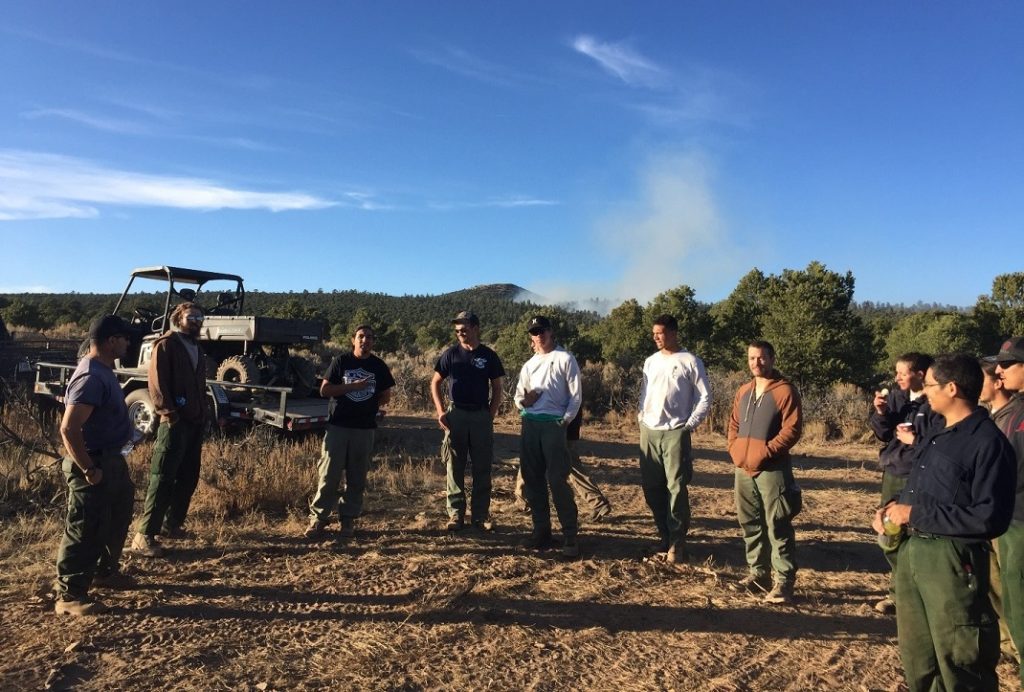 FSYC crews from Espanola and Mountainair conduct an after action review at the day’s end.

Getting the FSYC program on the burn in the final year of the CFRP grant was not originally intended. FSYC crews typically work on Forest Service managed lands on the Ranger Districts where they are based. When a court ordered injunction halted all “timber management activities” on New Mexico’s National Forests, including prescribed fire, Guild staff scrambled to find opportunities for FSYC crews to participate in controlled burns. The injunction, for the Guild and FSYC, turned out to be an example of turning lemons into lemonade. Thanks to a good relationship with the state YCC program, built on over 20 years of successful projects, we were able to adjust our work plan and get the required signatures from land managers to include NM State Trust and BLM managed lands.

For the Guild’s Sam Berry, it was a rewarding experience to see FSYC crew members put all their training into practice. “The Wind Mountain prescribed burn was especially fulfilling for me because I saw the immediate results of all of the training and work the crews had done. In August Dave (Guild Director of Fire Management) and I led the firefighter training for 16 people who hadn’t met each other before and had varying levels of experience and knowledge about fire. By the end of the burn in October we had a highly operational crew that worked well together and were a huge asset to the burn.” Professionalism, working well as a team, following instructions, and exhibiting leadership are all skills that are best learned in practice. Yet despite this being the first time on the fireline for most FSYC crew members, they exhibited all the qualities of seasoned fire fighters. 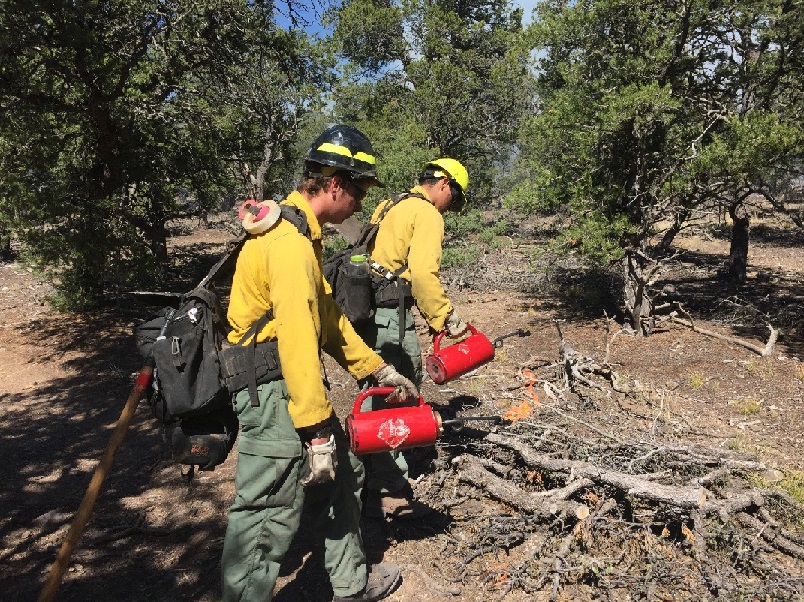 When the Fall FSYC program was started in 2018, one of the primary goals was adding capacity to accomplish prescribed fires during a time when firefighters in New Mexico are either laid off for the season or fighting wildfires in the northwest. This goal was realized at Wind Mountain as most of the firefighters on the fireline were FSYC crew members. Gaining the trust of our federal partners that FSYC crews are a fire crew like any other and can help them accomplish their prescribed fire targets has taken time. Thankfully, we have seen a distinct shift from 2018 to 2019 as word has spread that the Guild has 16 fire fighters ready to be mobilized to help with controlled burning and FSYC crews saw more time on the fireline this year than last. That outcome too, is a result of stacked accomplishments. Without the experience of spending a week burning on Wind Mountain, FSYC crews may not have been as effective – or as welcome – on prescribed burns later in the season. But they earned a reputation for being a professional, safe, and effective resource. Many crew members were approached at the end of the Wind Mountain burn by BLM staff encouraging them to apply for positions next season. The Wind Mountain CFRP grant may have ended in 2019 but like the accomplishments that lead to the prescribed fire being a success, the experience for FSYC crew members will continue to pay dividends as they build their careers.