What makes the Guild special is the people: members, supporters, and staff across the country working to put the forest first. With the promotion of Sam Berry and Mike Lynch we have an opportunity to celebrate two people who make the Guild an effective champion for stewardship. 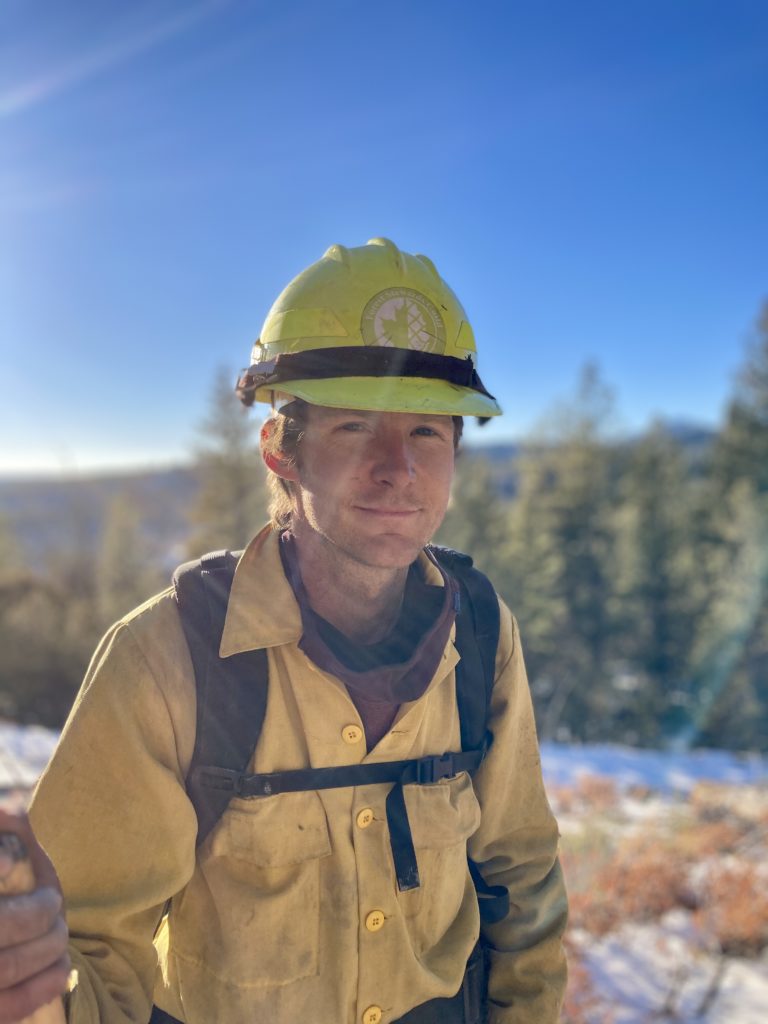 Sam Berry, while on fire duty.

Supporting youth and the ecological use of fire

Sam Berry leads with a quiet assurance that comes from his experience managing two different forces of nature, fire, and youth. Sam has earned a burn boss type III certification and has taken on the responsibility of managing the Southwest Office’s fire management program including, leading pile burns for the Guild’s Southwest office and managing the AHAL Burn team to bring burners from diverse backgrounds out to support prescribed fire across northern New Mexico. Sam is passionate about the importance of bringing fire, a keystone ecological process in the Southwest, back to our forests to improve the resilience of communities and ecosystems. This can mean making tough decisions such as postponing a planned bun last April after months of planning because conditions were not right. Sam brings the same focus to the Forest Stewards Youth Corps. It isn’t easy to recruit, hire, train, and support youth in their introduction to natural resource management, and often their first job. Starting this week, Sam brings these two efforts together by leading the fall Forest Stewards Youth Corps through fire fighting and chainsaw training. Though older, the fire and fuels youth Corps are largely new to fire and need clear, calm guidance to become confident in their new roles as firefighters. Because of Sam’s leadership, we are glad to announce his promotion to Associate Director in the Guild’s Southwest office.

From Sam: As the southwest office continues to expand, I’m excited continue my own growth and to be able to support other staff as we work together to further the Guild’s mission here in New Mexico. More and more I see the important role of a non-profit like the Guild to be able to step in and accomplish the work we want to see and form strong partnerships to expand that work. 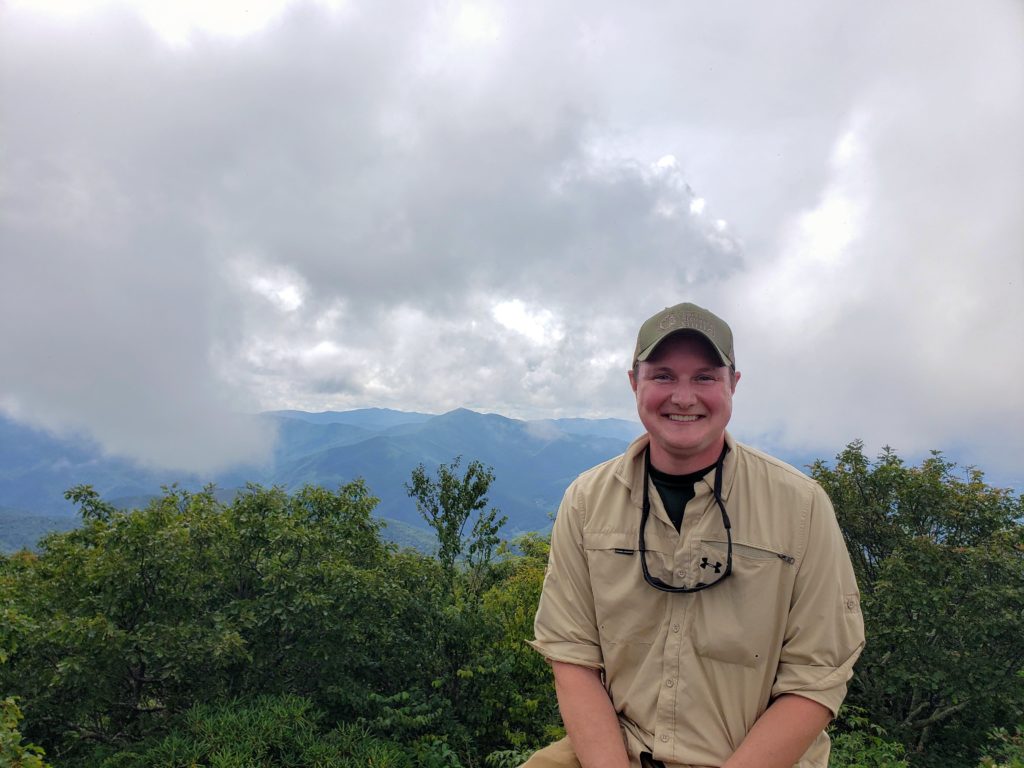 Mike at the Blue River Highway, traveling for the Guild’s 25th anniversary in the Southeast!

Mike Lynch is a man of many talents. He has served many roles for the Forest Stewards Guild in the Lake States (in addition to managing his family’s farm!). One of the first projects Mike worked on for the Guild was a research project that identified the Economic and Ecological Effects of Forest Practices and Harvesting Constraints in Wisconsin. From there, he has continued to support the Guild’s research and management publications, while focusing more broadly on increasing the Guild’s role as an advocate for forest stewardship that balances the multifaceted ecological, economic, and social needs of the Lake State’s Forest resources. Mike has been instrumental in planning, management, and outreach on the forestland the Guild owns on Michigan’s Upper Peninsula. He uses a pragmatic approach to building partnerships and collaboration amongst diverse stakeholder groups and has used this skill to bring the Foresters for the Birds program to the Lakes States and foster several projects that have increased the use of prescribed fire as a stewardship tool in the region. Throughout Mike’s work, he has put Guild members front and center, organizing numerous Guild Gatherings over the years that explore regionally important issues in forest ecology and management. Mike’s promotion to Director recognizes his consistent effort to build a stronger Lake States program through the practice and promotion of ecological forestry.

From Mike: I am excited to continue building the Guild’s programs and profile regionally and nationally. The importance of our forest resources is only increasing, and I am encouraged by the enthusiasm I see from our members, partners, and the broader society for the continued stewardship of these resources.