From São Paulo, Rio de Janeiro or other major Brazilian cities, the Amazon feels just about as remote as it might from New York City or San Francisco. For most Brazilians the Amazon is worlds away, and more a concept than something from direct experience. While living in the Amazon state of Pará in 2008 and again in 2015, I gained a window into the region’s complex land issues arising from a staggeringly rich ecology, challenging socioeconomic conditions, coexistence of diverse traditional and indigenous populations, and intensive land-use changes such as those stemming from the soy and cattle industries. Now, from my current home in São Paulo the Amazon feels distant, and as a land manager I work daily at stemming frustration at my powerlessness in the face of the current trends of destruction.

The fires in the Amazon gained the world’s attention in August, but they didn’t arise out of nowhere. Instead, the way was paved by a series of actions and attitudes since Jair Bolsonaro took office in January. Funding cuts and structural changes to environmental agencies and programs tasked with preventing and combatting forest fires, the discrediting of official deforestation data, and rhetoric condemning environmental NGOs and encouraging “development” of the Amazon have all created a highly polarized climate, and one that has been conducive to deforestation. 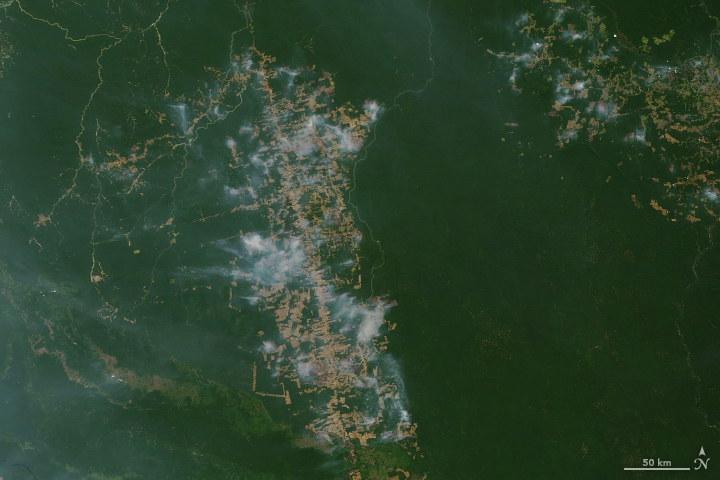 One piece of misinformation that has circulated in Brazil is that concern for the Amazon is misguided since the fires are a normal dry season occurrence. This idea is easily disproven with scientific data showing that incidence and location of the fires correspond less with rainfall than with areas of deforestation. The Amazon Institute of Environmental Research (IPAM) released a report1 in August showing that the 10 municipalities within the Brazilian Amazon with the highest fire counts are the same 10 with the highest rates of deforestation between January and July of this year.

In a nutshell, the Amazon rainforest is not a fire-adapted ecosystem whose balance is maintained with a periodic fire regime. Instead, the occurrence of forest fires is a symptom of a compromised system already suffering from drying conditions and edge effects at agricultural frontiers. The silver lining now is that with the fires in the public spotlight, pressure is on for Bolsonaro’s administration to shape up its game or risk increases in international pressure, including potential economic sanctions that could erode the very base that still supports him.

Photos in this article are from Nasa and this summary: “Uptick in Amazon Fire Activity in 2019”